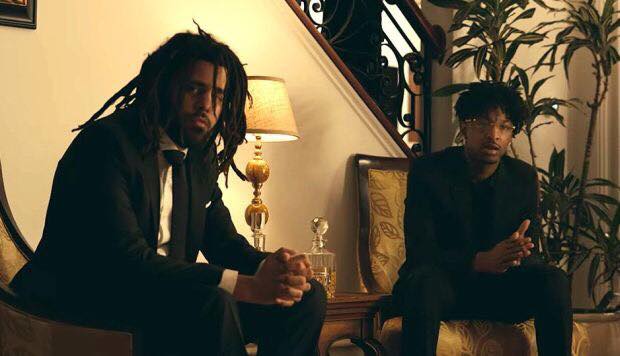 21 Savage invites J. Cole to a classy family gathering in the official video for “A Lot.”

In the video, directed by Aisultan Seitov, 21 hosts a black-tie formal event with his family at a huge mansion. Dressed in all black, 21 celebrates with his family and toasts to their success while simultaneously giving glimpses of all the problems and issues they’ve experienced in life.

J. Cole shows up after the family photo while rocking a black suit and tie to bring his verse to life while seated next to 21. The video for their collaboration comes weeks after fans realized that J. Cole’s verse wasn’t included on the CD version of 21’s album. Back in December, a fan started a Reddit thread sharing the new revelation.