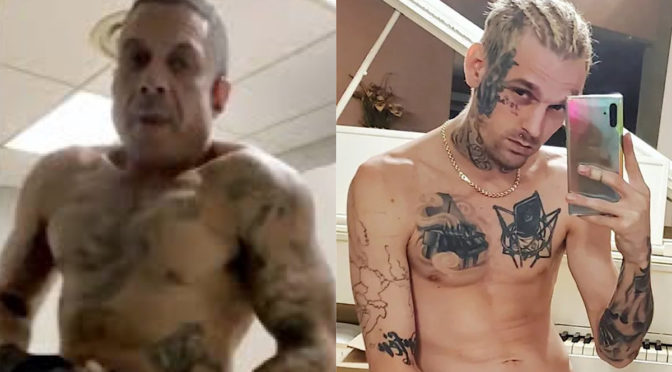 Benzino is getting into the world of celebrity boxing and has set his sights on former pop star Aaron Carter for the first match.

Carter recently shared a desire to meet Benzino in the ring after hearing rumblings that Benzino would be down to fight him.

“There’s a rumor going around that Benzino wants to fight me,” Carter told his fans on Instagram on Sunday (April 24). “Let me explain something to you, Benzino. I would love to fight you for one reason and one reason only. [50 Cent’s album] Get Rich or Die Tryin’ is the first album I bumped in my G-Wagon when I was 15 years old. And to see you going on some petty ass shit, acting like that to… your brothers. You don’t do shit like that. So, I’m telling you right now, sign the contract.”

TMZ confirmed Benzino made it official. Benzino also confirmed the upcoming bout, which is going down on June 11th in Florida.

“Listen, I’m up at the Charles Dodge Center. Pembroke Pines, Fla. June 11. Celebrity boxing match,” Benzino confirmed in a video. “I’ma break Aaron Carter’s jaw, alright. In front of the world. Make sure y’all there. Shout out to Damon Feldman of Celebrity Boxing. Make sure y’all there, because listen, I’ma break this dude’s jaw for a lot of reasons. Be at the press conference, May 12. And believe it’s going down.”

Benzino initially had his sights set on 50 Cent, with whom he’s been going back-and-forth with on social media. Benzino even went as far as to sign a contract for the fight in hopes that 50 would take the challenge. Fif didn’t and it looks like Benzino has to settle for Carter.