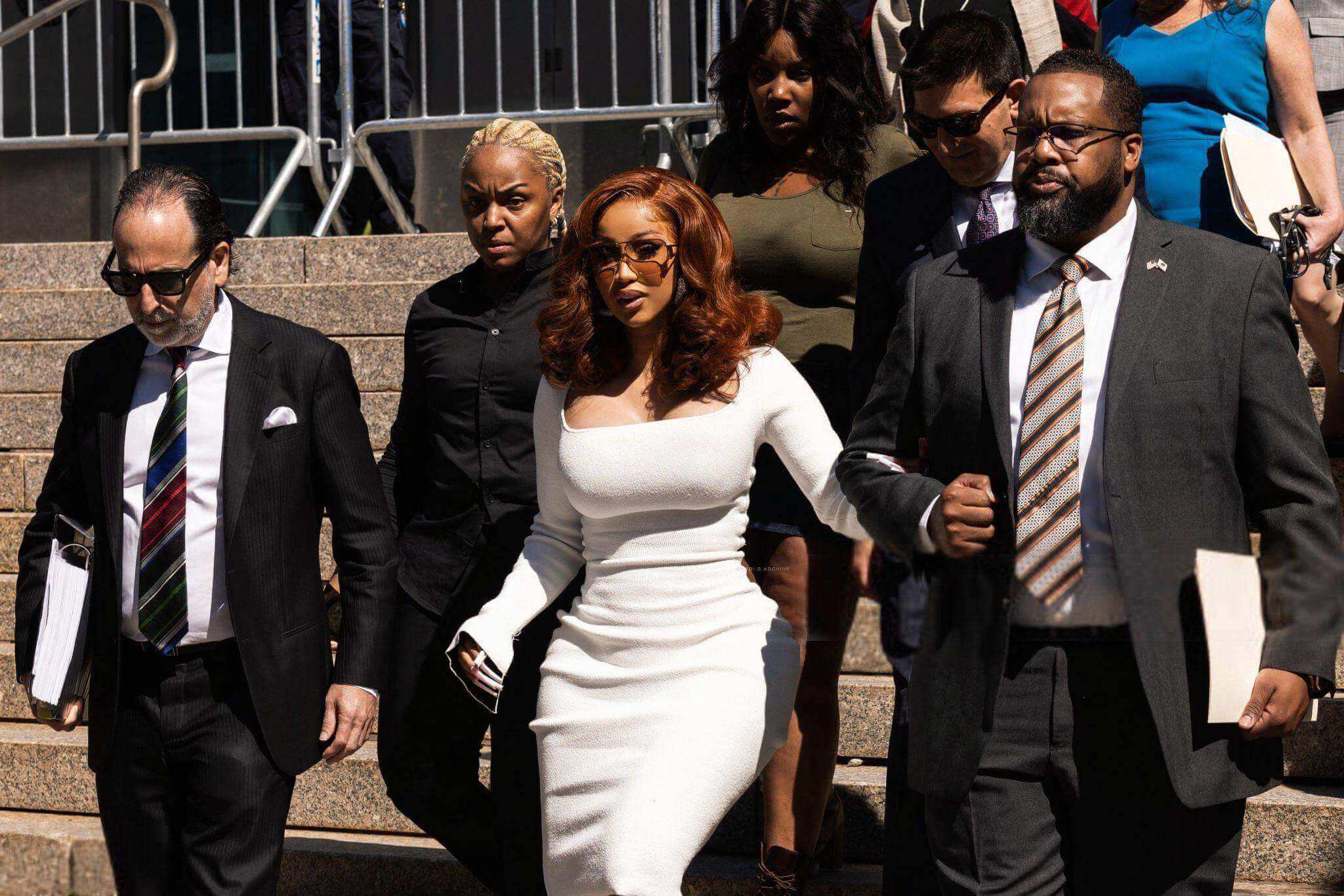 Four years after being charged, the Bronx rapper, 29, was sentenced to 15 days of community service for her role in two fights at a Queens club.

Four years after being charged with felony assault stemming from a pair of strip club brawls, Cardi B plead guilty on Thursday in a Queens court to two misdemeanors.

Cardi B admitted to orchestrating and participating in the attacks on two employees of Angels in Flushing after offering $5,000 to an associate over Instagram to help her and others confront the pair. The authorities said at the time that the victims, who are sisters, were romantic rivals possibly involved with Cardi B’s husband Offset.

With the trial set to begin on Thursday, prosecutors said in court that they had reached a deal with the musician and two co-defendants. Cardi B agreed to a discharge conditional on 15 days of community service, as well as a three-year order of protection for the victims.

“Part of growing up and maturing is being accountable for your actions,” Cardi B said in a statement sent by a representative after the hearing. “As a mother, it’s a practice that I am trying to instill in my children, but the example starts with me.”

She added: “I’ve made some bad decisions in my past that I am not afraid to face and own up to. These moments don’t define me and they are not reflective of who I am now. I’m looking forward to moving past this situation with my family and friends and getting back to the things I love the most — the music and my fans.”

Melinda Katz, the Queens district attorney, said in a statement, “No one is above the law. In pleading guilty today, Ms. Belcalis Almanzar (Cardi B) and two co-defendants have accepted responsibility for their actions.”

As part of her plea, which covered one count of third-degree assault and one count of second-degree reckless endangerment, the rapper was made to confirm details of the fights, which she did quietly.

Prosecutors said that on two separate nights in August 2018, Ms. Almanzar arrived at the club after 3 a.m. with others in tow. On one occasion, the group struck the victim, a bartender, pulling her hair, punching her and slamming her head into the bar. Two weeks later, they returned, throwing alcohol and bottles at the first victim’s sister, another bartender.

The original indictment in the case included two felonies and 12 charges in all, including harassment, criminal solicitation and conspiracy; the other 10 counts were dismissed on Thursday.

Breaking: @iamcardib pleads guilty to assault in the 3rd degree & reckless endangerment in the 2nd degree for her role in a 2018 assault of two sisters at a strip club in Queens.
Cardi admitted to paying an acquaintance $5K to beat up a woman who worked at the club. @NBCNewYork pic.twitter.com/xfqRWeeL7S