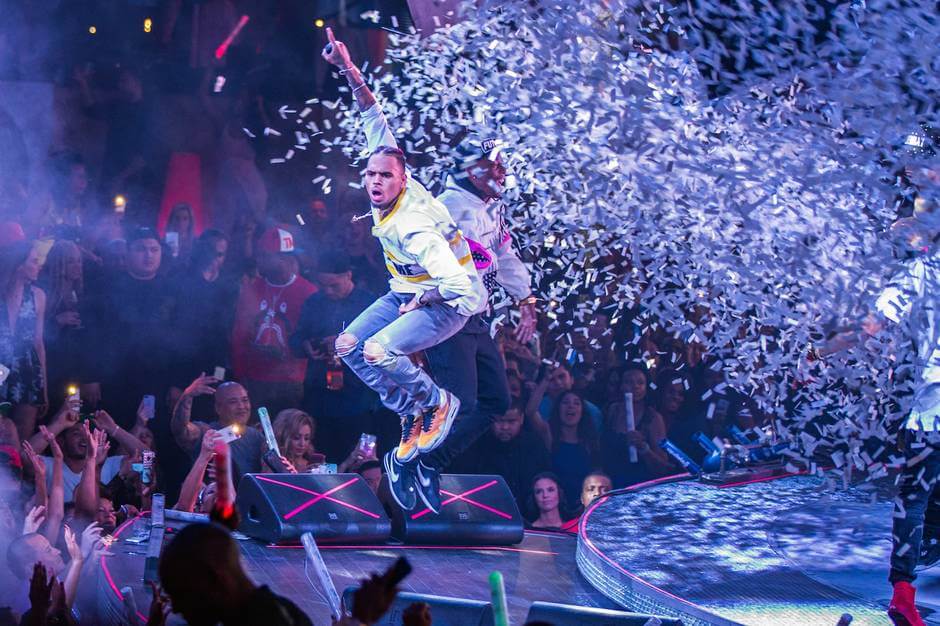 Chris Brown will return to Drai’s LIVE stage on June 11. The engagement will also mark the launch of the Grammy Award-winning artist’s new multi-year residency at the Las Vegas nightclub.

One of the first artist residents to appear at Drai’s LIVE concert series in 2015, Brown will be the first to perform on a self-designed and transparent two-level stage to present a more immersive experience for the audience. In addition to “Go Crazy,” “No Guidance” and multiple hits spanning his 15-year career, Brown will perform songs from his upcoming 10th studio album Breezy.

“Chris Brown helped define Drai’s LIVE and what has become an unmatched lineup of residency performers on the Las Vegas Strip,” said Dustin Drai, vp of entertainment, Drai’s Management Group, in a statement. “He’s one of the most dynamic live performers today, and we’re thrilled to welcome him back with a production that’s set to deliver an unprecedented fan experience.”

Tickets for Brown’s June 11 premiere are available today (May 16) on the Drai’s website. Additional shows in his multi-year residency will be announced at a later date. The concert series’ upcoming May lineup includes Big Sean, Gucci Mane, Lil Wayne and Lil Baby.