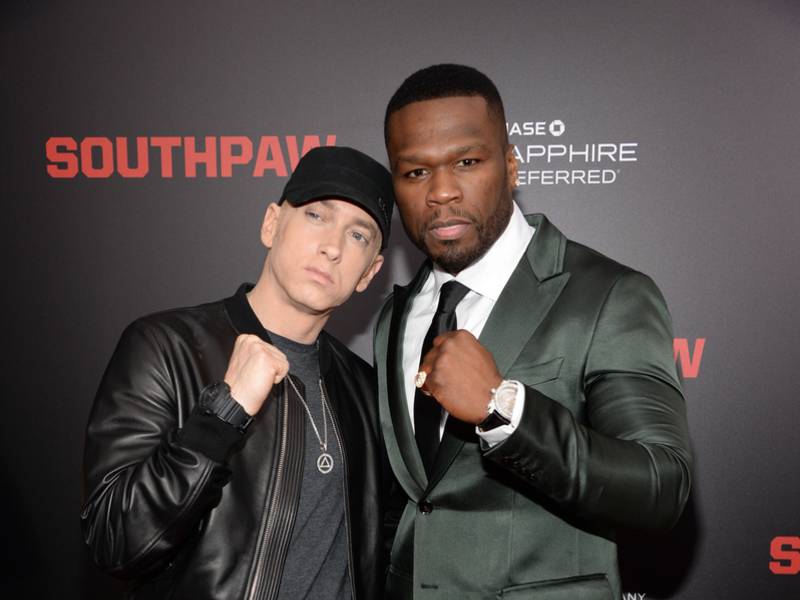 Eminem has teamed up with his friend 50 Cent for the latter’s latest drama. Eminem makes a cameo as “White Boy Rick” in the forthcoming Starz drama “BMF,” which 50 Cent executive produced and directed.”Oh yeah, I’m bringing the big dogs out,” 50 Cent recently tweeted. “I couldn’t do a show based in Detroit without incorporating the legend @eminem.”

Richard Wershe Jr. was a teenage drug dealer in Detroit in the 1980s who was known as White Boy Rick. He ultimately served more than 30 years in prison. Wershe, who says the FBI and Detroit police taught him the drug game and then double-crossed him, wants $100 million for his trouble.

“BMF” is described by Starz as, “Inspired by the true story of one of the most influential crime families in the country, BMF will delve into the origins of the mafia in Detroit in the late 1980s, its expansion to Atlanta, and how the pursuit of the American dream eventually leads the operation to branch out from national drug distribution to hip-hop in the early 2000s. It has all the hallmarks of a great drama, from the larger-than-life brothers to the deadly, high-stakes world they inhabited.”

It’s the latest project 50 Cent has worked on with the network, which helped solidify him as an actor with his role as Kanan on “Power.”