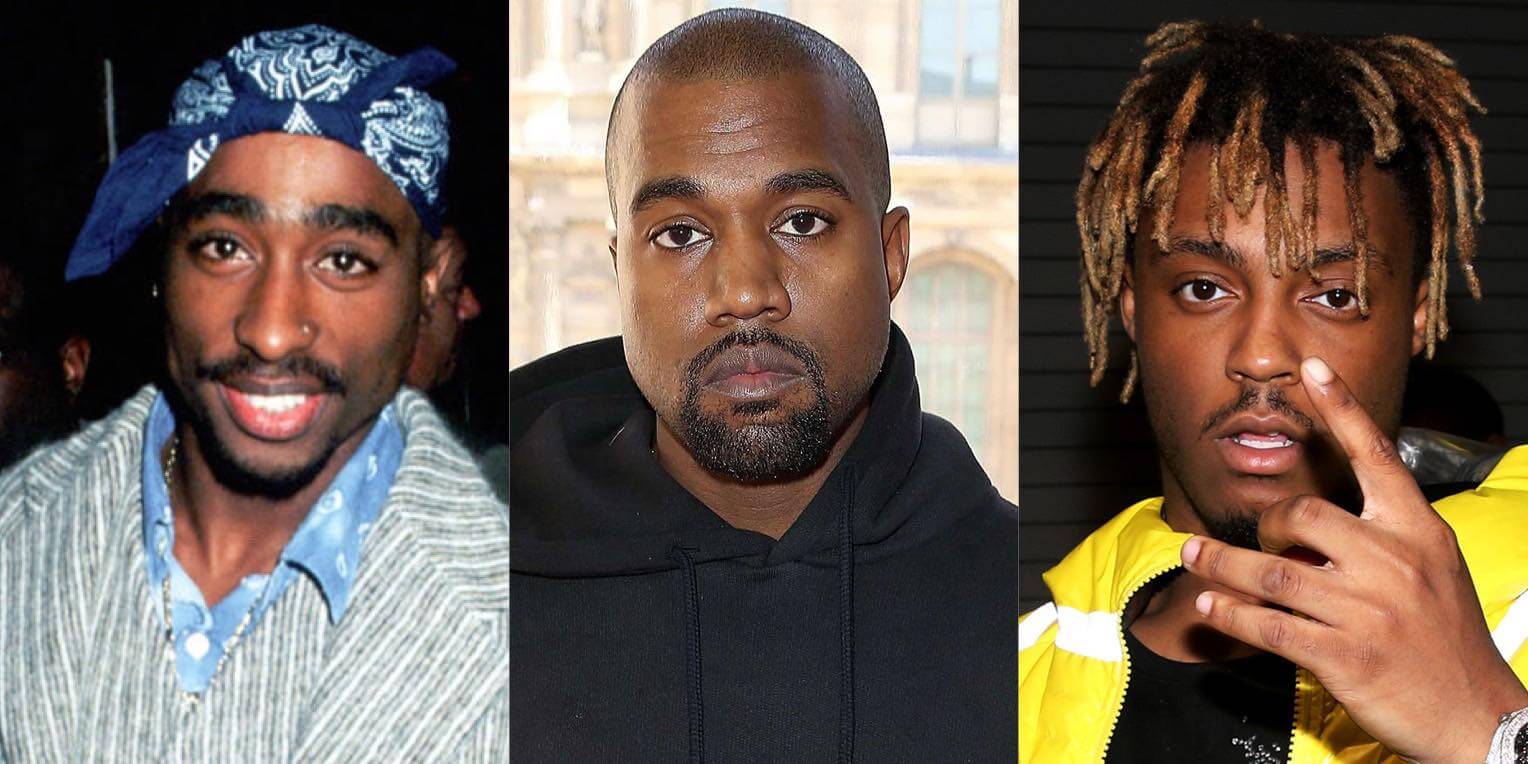 “…And when you’re out there, without care yea I was out of touch. But it wasn’t because I didn’t know enough. I just knew too much.”- Crazy by Gnarls Barkley

Mental health is something that affects all of us yet often is seen as something that only weak or privileged people have trouble dealing with. In the past, the hip-hop community, in particular, had perpetuated stigmas about mental health writing artists off as “crazy” or “unstable.” More recently, however, I see people in the industry opening up about their battles and being supported by other artists and the public. Let’s take a look at how views on mental health have changed in hip-hop over the years.

In my formative years I, like many, was obsessed with Tupac. I thought his songs were deep and had a message that I could relate to so I would listen to him non-stop. After a while, I noticed that I would listen to him when feeling down and depressed. It was a comfort to know that someone else had struggled and gone through some of the same things I had. The more I learned about him through watching documentaries and reading his book of poetry, the more it dawned on me that I was not the only person that was relating to his struggles. Many of my classmates had run-ins with the police or a parent on drugs or were prone to violence. This made me realize that these things may be part of a bigger issue in our communities.

As an adult, I can put my thoughts into words better, and it is my educated opinion that a lot of what Tupac described in his lyrics were the effects of PTSD from being a Black man in America. I am not a Black man so I won’t pretend to know how it feels to live in a country that is apparently dead set against you – but having a father, a step-father, uncles, brothers, cousins, and friends who are, I have had the chance to witness the oppression first hand and have less than stellar experiences as a woman of color.

When Tupac rapped about teen pregnancy on Brenda’s got a baby, he was speaking about an issue that affects our entire community. When he talked about growing up with a mother who used drugs- he was relating to millions of other young Black and Brown people. People think PTSD is something only soldiers get from being in war but it is more than that. By definition, PTSD, which stands for Post-traumatic stress disorder is a “mental health condition that is triggered by a terrifying event- either experiencing it or witnessing it.” Being beaten up by the cops or watching someone get shot, are things that happen in the Black community more often than you see on the news. Then rappers rap about someone getting shot, it becomes glorified; young people emulate the lifestyle for better or worse.  If that is not a cry for help with mental health, I don’t know what is.

Back in May of this year, I came across a quote on Instagram that said “It is no measure of health to be well adjusted to a profoundly sick society.” This quote stuck with me because it rang so true. In hip-hop, there is this idea that you have to “keep it real” and be authentic. It is acceptable to rap about guns and sex and money because those are things the rapper knows about. That’s their life. So, we have young people who make it their life’s goal to be able to have and do the same things. Why is it then, that when a rapper talks about depression or comes out and says they are struggling to deal with their mental health, they are regarded as weak and not being able to keep it together?

When Kanye West was hospitalized and later diagnosed with Bipolar disorder back in 2016, the news was met with mixed reactions by the public. Some people empathized with West and wished him a speedy recovery saying they would keep him in their prayers but many others said he was “unraveling” and had lost it. I personally thought that he had been suffering from depression since his mother’s passing back in 2007. It was visible in his music and it is something that he still references to this day as a major heartbreak. In the Netflix special “Jeen-Yuhs” that was released this year, you can see snippets of West talking about his mental health and how it feels to be living with Bipolar disorder. Today, when West takes to social media with his ideas and rhetoric, he is either viewed as “off” and out of touch or as a genius- just like the documentary said.

Another factor that plays into mental health is drug addiction. Often times drugs are used by people with mental issues to cope with their symptoms. Even if it starts with weed, it can escalate to harder drugs and unfortunately, if the person does not get help, those addictions can be lethal. In recent years we had several rappers who died from drug overdoses. The list is as long as their lives were short. Ol’ Dirty Bastard, one of the founding members of Wu-Tang Clan, died in 2004 at the age of 35 from an overdose of cocaine and Tramadol which is a pain medication. Pimp C died in 2007 at age 33 from an overdose of codeine. Rapper Mac Miller died in 2018 at the age of 26 from a cocktail of cocaine, fentanyl, and alcohol. Juice WRLD is the youngest on this list, having passed away in 2019 at the age of 21 from an overdose of oxycodone and codeine.

Would the outcomes of all these young stars have been different if they had felt more comfortable in sharing their pain and struggles? Artists get paid to hurt profoundly and then turn it into art for the masses only to be dismissed as crazy when the truth of their realities is brought to light. I think it is important to remember that rap is an expression and like many other art forms, it mirrors the life of the artist. Let’s not be hypocrites by clapping for the party song and then booing for the song that documents the trials the artist may be going through. Are they not human? Why are they not allowed to be fragile? Is it because that type of image does not sell?

I think if we as a community acknowledge that mental health is a part of every person’s life, and stop thinking that rappers are superhuman, we would be better equipped to deal with crises when they come up. We need to normalize asking for help before it is too late.