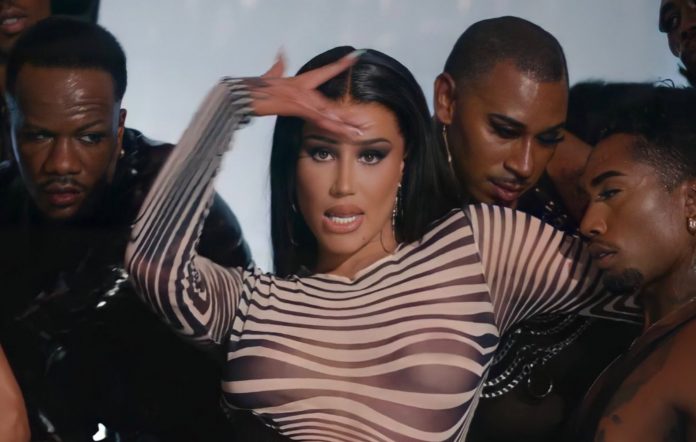 Friday saw the premiere of Iggy Azalea’s new “I Am The Strip Club” video, and the visual quickly generated controversy over Azalea’s look in some parts of the video. She faced accusations of “blackfishing,” using makeup to manipulate facial features in order to appear to have some type of Black African ancestry.” Azalea addressed the criticisms on social media.

On Twitter shortly after the video was shared, she wrote, “Imagine being so upset about a black wig, somehow the same foundation color and tan I’ve had for years now (with no issue) Is now such a problem you have to pull up an image of me from 7 years ago when I didn’t like to tan. the desperation.” She added in another tweet, “I’m the same color as the other white dancer in the room and not anywhere close to the color of the black dancers. People will say ANYthing to try and cancel me and it’s actually kinda funny to watch people so worked up over a black wig and Smokey eye.” She then wrote, “I’m the same color as I always am, just in a dimly lit room with red lights. It’s the same makeup from every other part of the video just with a Smokey eye and different wig.”

Azalea went on to reiterate her points and call the blackfishing accusations “ridiculous and baseless,” writing, “I can’t care about something that ridiculous and baseless. I’m wearing a shade 6 in armarni foundation, it’s the same shade I’ve worn for the last 3 years. It’s the same shade in every music video since sally Walker. Suddenly I wear a black wig in a club scene & its an issue.”

Check out Azalea’s tweets on the subject below.