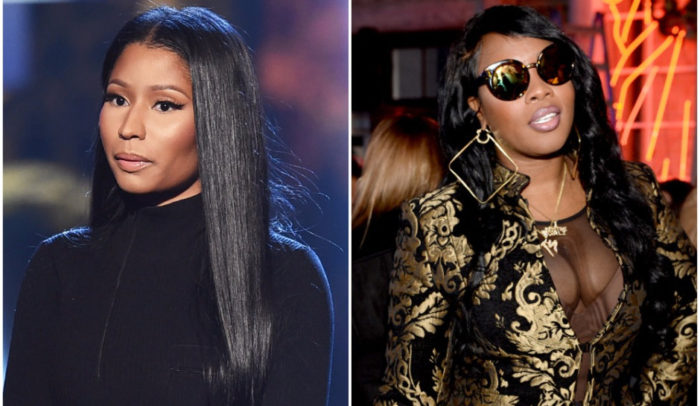 Everyone is talking about the Remy and Nicki rap battle that has honestly yet to become a rap battle. We have one diss record and a couple of tweets thus far. With all this talk about “shETHER” and “Ether” let us revisit battle rap on wax history a little. It’s only right that we start with Jay Z vs Nas. Summer Jam 2001 a warm Summer night in June in NYC not only did Jay Z bring Michael Jackson onto the Summer Jam stage Jay used this as an opportunity to debut part of his new diss record “Takeover”. Mind you no one had ever heard “Takeover” before and mind you this was more than 2 months before Jay Z’s album The Blueprint came out with the whole song on it. This is important because of the way Jay Z set this performance up. Jay performed the first verse of “Takeover” with the track and went accapella with the second verse about Prodigy with a not so gangsta photo of Prodigy projected on the Summer Jam screen. You can hear the shock in the crowd as everyone is hearing these bars for the first time and as Jay goes into the infamous (no pun intended) line “ask Nas he don’t want it with Hov….” the crowd erupts and Jay goes into the high energy song from The Dynasty “You, Me, Him, & Her”. That line let everyone in Hip-Hop know that the speculation was over and it was officially on but Jay never even rapped the Nas verse on “Takeover”. At this point people didn’t know that a verse about Nas even existed. For all we knew at this point Jay Z may have had another song about Nas because at this point it seemed that this “Takeover” song was about Prodigy and Mobb Deep.

As soon as word spread that Jay had pulled this stunt at Summer Jam Nas knew that a response was in order. Even if Jay Z literally threw a warning shot by just saying Nas’s name. Nas hit the mixtapes with his “Stillmatic Freestyle” over the classic Eric B & Rakim “Paid In Full” track. Nas’s infamous shot back at Jay Z’s Summer Jam mention was “Rip the Freeway, shoot though Memphis with money bags/Stop in Philly, order cheese steaks and eat Beans fast/And bring it back up top, remove the fake King of New York/I rule you, before you used to rhyme like the Fu-Schnickens/Nas designed your Blueprint – who you kidding?”.

At this point fans STILL haven’t heard the whole “Takeover” song with the Nas diss in it. Fast forward to September of 2001 and we are finally hearing the whole version of “Takeover” with the Nas diss in it. The Blueprint album drops and is considered to be an instant classic. A straight up game changer that receives 5 mics in The Source Magazine upon initial release. The word around Hip-Hop was that Nas has been buried. It didn’t help that Jay just dropped one of his most critically acclaimed efforts at the time while Nas was coming off of a critical failure in “Nastradamus”. But yet and still because of the pace of music in that day Nas was able to drop “Ether” in December of that year with much success and the rest is history.

We are talking about a battle that span six month once the first official shot was fired. Many other high profile rap battles in Hip-Hop history were a process as well. 50 Cent vs Ja-Rule didn’t happen in a day. But that’s the world we live in now. The internet and social media has sped up the process. The first battle we see that in is in the Meek Mill vs Drake battle. This is the first time social media memes seem to have taken over the battle and almost became more important than the actual song and actual lyrics. We are seeing this again with Remy Ma dropping “shETHER”. Almost immediately the memes began to surface and the diss record hadn’t been out for an hour and people were wondering where Nicki’s record was. Can you imagine if these same rules would have applied in the Jay Z vs Nas battle or when Canibus dropped “1st Round K.O” on LL? The outcome may have been different because Nas and LL would have been hit with so many social media memes that they would have been labeled the loser before they even had a legit response. But that’s where we are now, if you are hit with a diss record in Hip-Hop’s social media age you have 24 to 48 hours to respond and respond very strong. Hopefully Nicki releases a song that meets expectations enough to make this entertaining and hopefully we keep this on wax. But in this world of instant gratification Nicki not responding in the same day took a lot of wind out of her sails. Due to social media, rap battles on wax and the expectation for such a rapid turn around will never be the same again. 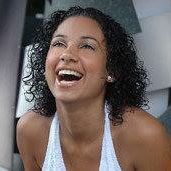 I Love To Write

Rap Snacks Are Blowing Up