Imagine if you will, a once in a generation type emcee who actually creates the rare type of buzz that is a reflection of the artists’ gifts-not one based on affiliation(s). It is a blood moon occurrence not often seen in the annals of hip-hop.

Speaking of Kendrick, although his verse on Big Sean’s “Control” was a career turning point and most major publications online and print had it as the verse of the year, a lot of heads felt that he did not even have the best verse on that song-because Jay Electronica’s verse was that great as well.

So, the enigma that is Jay Electronica is not that only is he the caliber of emcee that deserves to be mentioned next to the two after-mentioned titans, he chose possibly the titan of all titans to partner with behind and on the mic for the aptly titled A Written Testimony in the one Jay-Z himself.

Although this partnership is big business and a decade old (he signed to Roc Nation in 2010), Testimony is on some rap shit. Some high level meets high expectations rap shit.

And it delivers in a major way…

In forty minutes Jay and Cirque De Solei-Ca put on trapeze show of bars that run the gamut of topics from Old World Islamic philosophy, Old Testament inferred references, prophecy, Palestine, talking shit with Puff, explaining what the hell took so long, dealing with death, and often times some good old fashioned you can’t fuck with this bars.

Jay plays Ghostface to Electronica’s Raekwon on this magnum opus; he is equally gifted if not more so (Duh), but plays his role masterfully. He takes center stage when needed, but for the most part is a great co-pilot, navigating through the religiously rooted metaphysical skies that Electronica resides in. The back and forth on “The Blinding” reveals a genuine chemistry between the two and “The Never ending Story” is a self-reflecting,cinematic instant classic, arguably the gem on a album littered with them.

On “Ezekiel’s Wheel” Jay gives the song a fullness with freestyled ad-libs woven between a melodic track and The Dream’s fluctuated falsetto hook.  Electronica shines with a harrowing first verse explaining to fans the almost Detox like delay.

“They say it was gon’ never happen, but I survived Neverland like the Jacksons, will never swallow slanderous lies for the devils satisfaction…

some ask me Jay man, why come for so many years you been exempt? Cuz familiarity don’t breed gratitude just contempt, the price of sanity is too damn high just like the rent…

That’s the thing, this album is dense and brilliant which in today’s times make it an anomaly of sorts for a major release. It might not be for everyone but it’s the quality of release that everyone who loves hip-hop should hear. There all no verifiable singles here, but there is greatness all over this project.

“Flux Capacitor” is a slight misfire if nothing else because the production on Testimony is stellar and eclectic to balance Electronica’s sledgehammer rhythmic flow. This track feels out of place (beat wise) outside it’s title. Even the lowest moments here tread middle to high ground – the rhymes and couplet styles from Jay Z is crazy, there are no “Drunk In Love” verses from Hov on this joint whatsoever.

The critiques for A Written Testimony are minuscule. The brevity of the record does leave you wondering how this would sound with just Electronica at the helm with no Jay Z. He is more than capable of the task at hand solo. Testimony leaves you wanting more in a good way. Whether it is a classic is debatable; let’s hope it leads to subsequent releases of equal quality or just consistent material from one of hip-hop’s best and brightest voices. 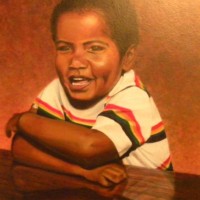