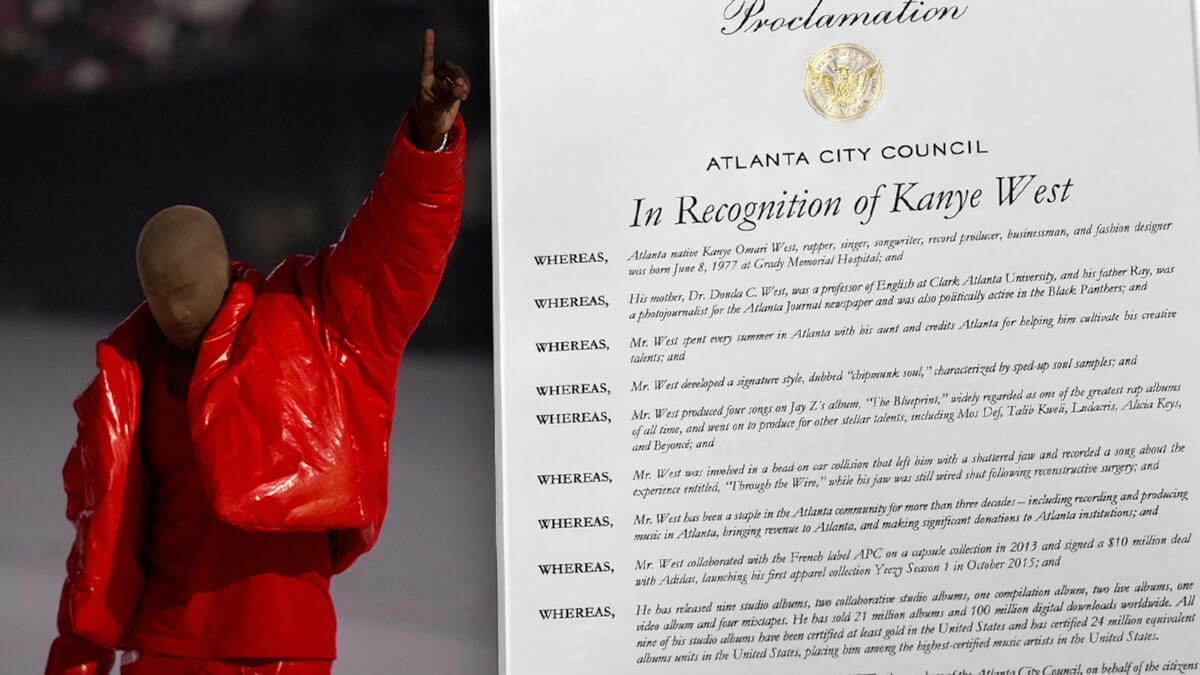 Kanye West was gifted with a couple of things after the listening event for his newest album, Donda, including one intended as a tribute to his late mom, according to TMZ.

The outlet writes that the City of Atlanta, where the event was held and where Kanye was born prior to his Chicago/Chicago area upbringing, officially proclaimed July 22 to be “Kanye West Day.” Following his performance at Mercedes-Benz Stadium, he was presented with a plaque backstage.

The gift was apparently significant, at least enough to get a visible reaction, as TMZ writes that its “sources” claimed Kanye’s “family was with him when he received the awards backstage, and he got super emotional about it.”

The gifts followed the event, which involved the reveal of his newest album on Thursday night in front of a gigantic crowd that had Kim Kardashian, Kardashian and West’s children, and Khloe Kardashian, among lots of other people without those last names.