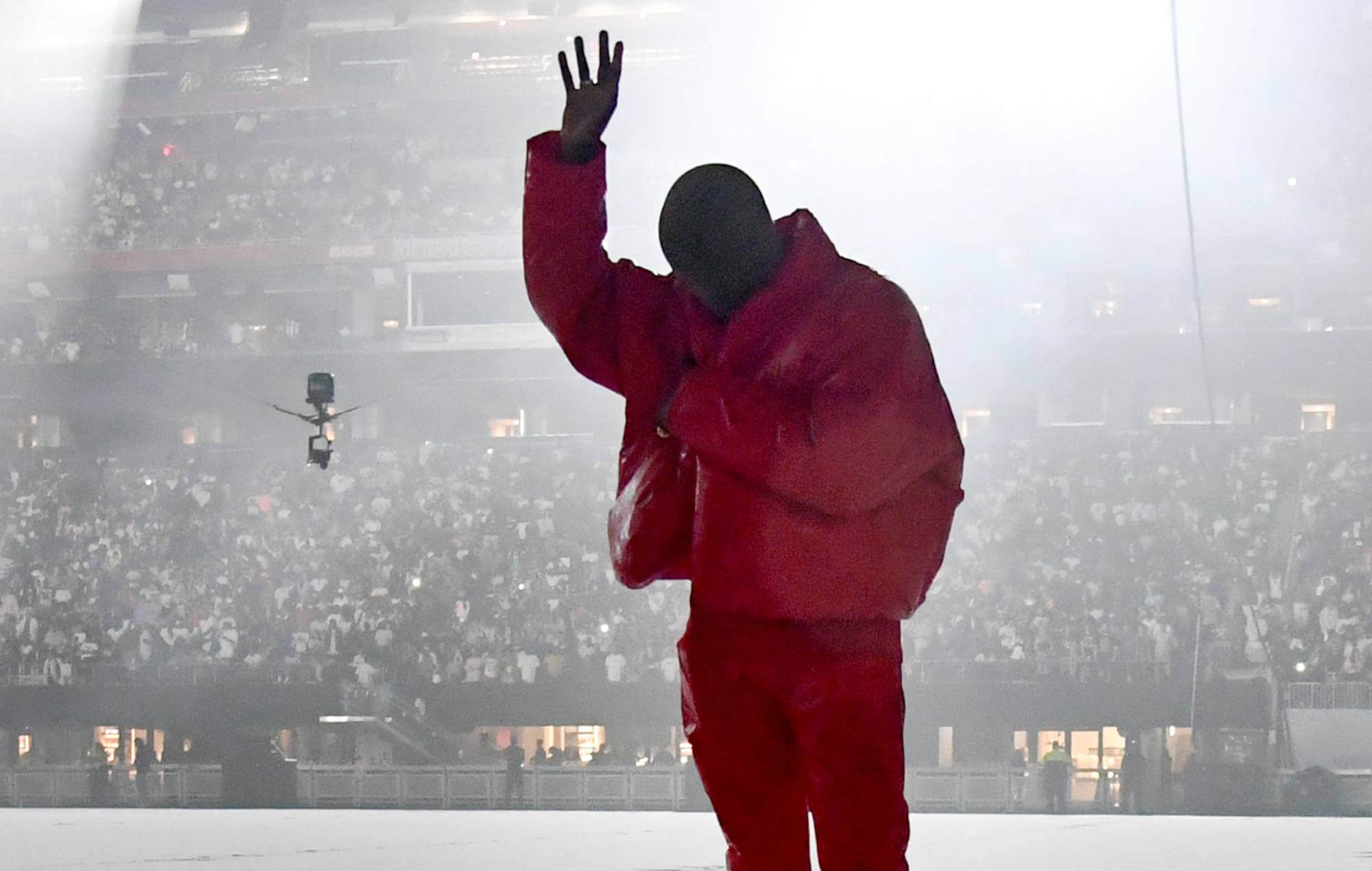 With his 10th chart-topping album, West once again ties Eminem for the most No. 1 debuts in a row

Kanye West’s Donda has debuted at No. 1 on the Billboard 200 in the biggest week for any album release this year (surpassing Olivia Rodrigo’s Sour), Billboard reports. The album landed at the top of the charts with 309,000 equivalent album units.

With Donda, Kanye West has once again tied Eminem for the record of most No. 1 debuts in a row on the albums chart, too. Eminem broke the tie in early 2020 with Music to Be Murdered By. Both artists have only missed No. 1 once—with their respective debut albums.

West has become one of only seven artists in chart history to release 10 chart-topping albums (alongside the Beatles, JAY-Z, Bruce Springsteen, Barbra Streisand, Eminem, and Elvis Presley). Donda also gave him the largest streaming week for an album in 2021, surpassing J. Cole’s The Off-Season. Halsey’s new album debuted at No. 2.

The album arrived on the morning of Sunday, August 29 following three listening events and multiple delays, giving the album only five days of chart activity in its first week. Shortly after the release of Donda, West said his label issued the record last week without his approval—an Instagram post he’s since deleted. He then released a video for album track “Come to Life,” using footage from the third Donda listening event at Soldier Field in Chicago. A Donda stem player was also sold for listeners to develop their own remixes.