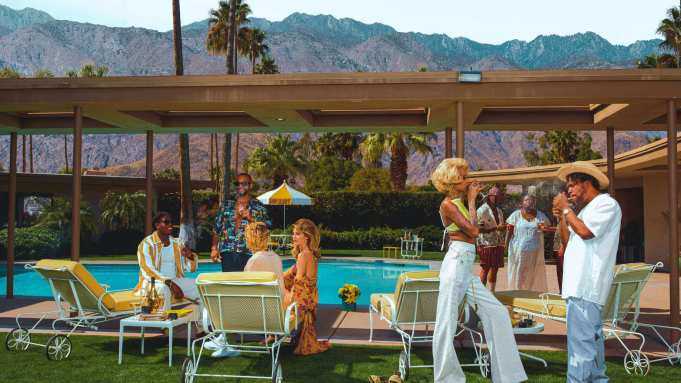 The late photographer Slim Aarons once described the content of his work as “attractive people doing attractive things in attractive places.”

“The perception around cannabis has shifted a lot since the 20th century. If you were to ask me and my peers how we’d define the good life today, weed would definitely be a part of it,” Hype Williams said in a press release. “Whether we’re smoking to inspire creativity or to celebrate an achievement, cannabis has a rightful place in modern-day culture.”

Each of the seven prints, which retail for $320, are a recreation of famous vignettes from Aarons’ original collection, including “Keep Your Cool,” “Desert House Party,” “Poolside Glamour” and “Leisure and Fashion.” Styled by High Snobiety fashion director Corey T. Stokes, the video and prints feature talent such as recent Grammy nominee Chika, culinary expert and activist Ghetto Gastro and rapper and songwriter Curren$y.

Before becoming available for the public, the photos were debuted on New York City billboards, coincidentally soon after the Empire State state legalized marijuana.

“On the heels of legalization, seeing creatives like this become a natural part of the fabric of New York City only reinforces that cannabis has a right to exist within our customs, arts and social institutions,” Jay-Z said in a statement. “New York’s decision to legalize is a victory for the entire industry, and I’m excited to have Monogram play a role in bringing that message to life in my own backyard.”