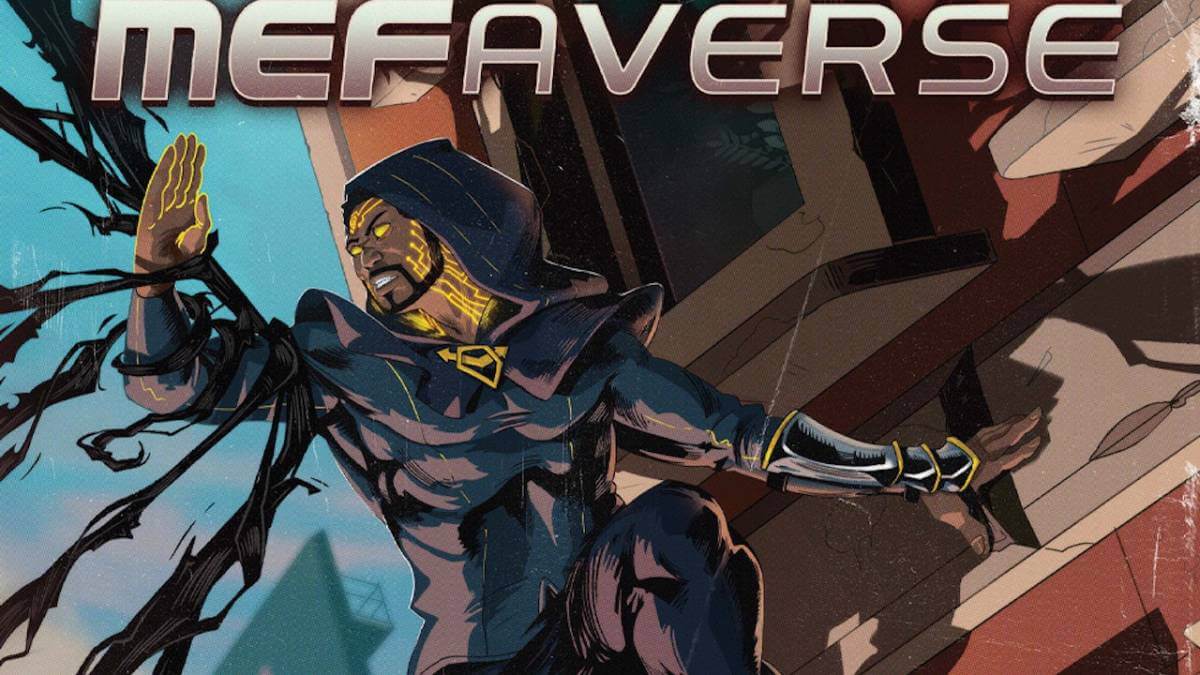 If you’re looking for a place where, in real life (IRL) meets the metaverse, MEFaverse has it all. From socializing, a place with financial opportunities, a place to share your art, a place to play, or just a place to relax, MEFaverse by Method Man (“Mef”) of Wu-Tang Clan represents the diverse intersection of Hip Hop culture, gaming, art, tech, entertainment, and comic books.

MEFaverse, a graphic novel within the metaverse — a network of 3D virtual worlds focused on social connection — aims to provide a safe haven for anyone interested in Hip Hop, comic books, skateboarding, gaming, Web 3.0, and art. It not only stars the legendary MC and actor Method Man, but it is also his creation, with him actively participating in its conception and execution alongside Ray Acosta of WMG.

As the first metaversal world in which holders can interact with a graphic novel rather than simply reading it, Mef launches the second phase of MEFaverse on April 8, an entity created For The People. By The People.

The graphic novel took 20 of the main characters and turned them into 20x mini-collections, each with 420 variations and unique traits, totaling 8400 variations.

Method Man and Acosta launched its first phase on March 25 achieving a successful benchmark. Now moving forward with the second phase they are launching a unique collection of NFT profile pictures (“PFPs”) dedicated to a community centered around the love of the arts in general.

It wasn’t easy for young men, especially those of color, to embrace a more nerdy or artistic style during the era Method Man grew up in. Method Man adds that times have changed and he is now proud to wear his “N” for nerd straight across his chest.

According to Acosta, this is just the beginning. “We’re taking chances and bringing something new to the table. It’s priceless to create the first graphic novel in the metaverse with utilities that benefit the community,” says Acosta.

The story format is appealing to people of all ages. Method Man, a founding member of the Wu-Tang Clan, one of the greatest Hip Hop groups of all time, finds himself in a world where he has transformed into a literal superhero rather than a lyrical one.

“The trajectory of the NFT/Web3 space as a whole, in my opinion, only has one direction to go: up. I see no reason why it wouldn’t as brands and individuals realize the unique opportunities and potential this space offers, as well as the utility it provides. That said, my hope is that it can continue to grow while remaining mindful of values such as inclusivity and positivity, which are both pillars of the MEFaverse community,” Method Man comments.

MEFaverse begins minting for an exclusive audience on Friday at a fixed price of 0.08ETH, with potential residual income for NFT holders.

“What I want people to understand is that we don’t do things the way a lot of other projects do. That’s not to say it’s right or wrong, it’s just how we do things. And, we’re fortunate to be in a position to offer a lot to our community, even before minting and everything else started. But to be clear, this is way more than just an NFT collection. It is a fully gamified graphic novel experience built on Web 3, it is e-commerce, it is advertising, it is Hip Hop culture, tech, pop culture, entertainment, music, and, yes…residual income for holders that aren’t reliant on secondary market sales.”