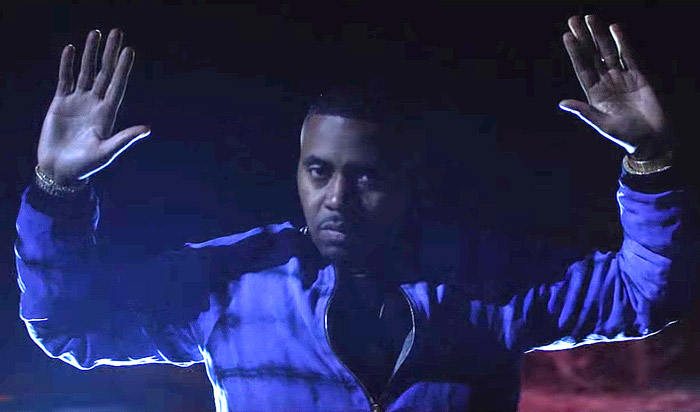 The chilling clip expands on the footage captured from the original NASIR shorten film Nas released months ago. Nas makes sure he inserts a cameo from Hip-Hop ICON Slick Rick, whose “Children’s Story” is sampled throughout.

The Rohan Blair-Mangat-directed video begins with the Queensbridge native reflecting on the beach, while the calming scene pivots to a more frenetic position, featuring a young black boy being brutalized at the hands of law enforcement. At one point, the kid is thrown onto the hood of a police cruiser with a pistol being brandished in his direction.

Kanye West is nowhere to be found in the video, though his guest verse is still used to power the socially conscious track.

Give the “Cops Shot The Kid” video a look below.