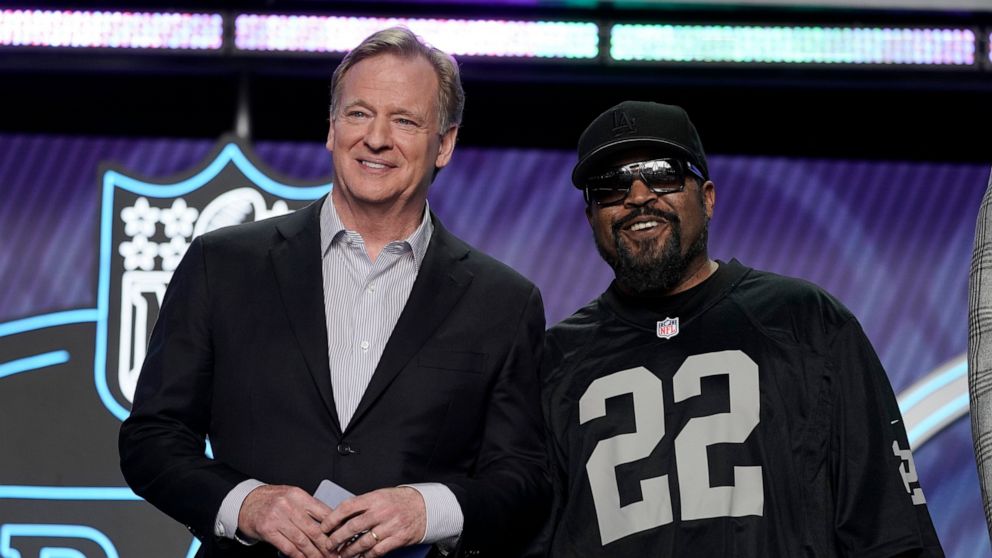 The NFL announced Thursday it launched a partnership with the Contract with Black America Institute, an initiative led by Ice Cube, with the intent of “increasing economic equity and partnerships with Black-owned businesses.”

Areas of focus include league-wide opportunities in the financial, tech, and production sectors to “help close America’s racial and economic wealth gap.”

Ice Cube released a statement about the partnership:

“For more than a year, the CWBA Institute has been working closely with the NFL on identifying resources to build stronger, more substantive economic partnerships with the Black community. Our team at CWBA, including my longtime business partner and entertainment lawyer Jeff Kwatinetz, and advisors Ja’Ron Smith and Chris Pilkerton, are focused on building corporate partnerships with measurable economic growth outcomes for Black communities across the country. We believe this is a giant step in the right direction.”

“Our partnership with CWBA is another reminder that partnering with intentional organizations is critical to everything we do at the League. Black businesses play a major role in our country’s economic prosperity. We understand these businesses have not always had the opportunity for exponential growth, so we are pleased to have partners like Ice Cube and his organization, CWBA, in a continued, collective push toward greater economic inclusion.”

The NFL noted it’s already allocated $125 million to support Black-owned businesses over the past year as part of a plan to diversify its partnerships.

“We feel like if you tackle the huge wealth gap between Black people and white people in this country, that should solve a lot of problems that’s there,” he said. “Our thing was to go after some of the biggest companies in the country that rely on Black consumers or Black workers, and the biggest one that we focused in on was the NFL.”

The musician and actor added he’s hopeful the partnership can lead to similar agreements for the CWBA with other companies throughout the country.

“They’ve already allocated and spent up to $125 million,” he said. “So we want we want that to turn into $500 million, maybe a billion, and then move on to other leagues and hopefully other companies like Nike and the big boys and tell them to try to adopt the same thing.”

It comes after the NFL launched its Inspire Change initiative in 2018 and extended its commitment in 2020 with a 10-year, $250 million pledge for social justice causes.

On June 1, the league announced 21 partners who received $6.5 million in donations as part of the initiative, which brought the total to over $244 million for 37 national grant partners.

Despite the NFL’s off-field efforts, the league has received criticism for the lack of diversity in its hiring practices. The league will enter its 2022 season with just five head coaches from historically excluded groups despite non-white players making up 75 percent of rosters in 2021, per Statista.

Goodell sent out a memo following the lawsuit saying the NFL would undergo an outside review to evaluate its “policies, guidelines and initiatives relating to diversity, equity and inclusion, including as they relate to gender.”

The @NFL is partnering with @icecube‘s Contract With Black America (CWBA), an economic inclusion-focused initiative 🙌

This partnership is a part of the league’s dedication to increasing economic equity and partnerships with Black-owned businesses: https://t.co/JEC8NvuHmX pic.twitter.com/FV0ZUTPRRF