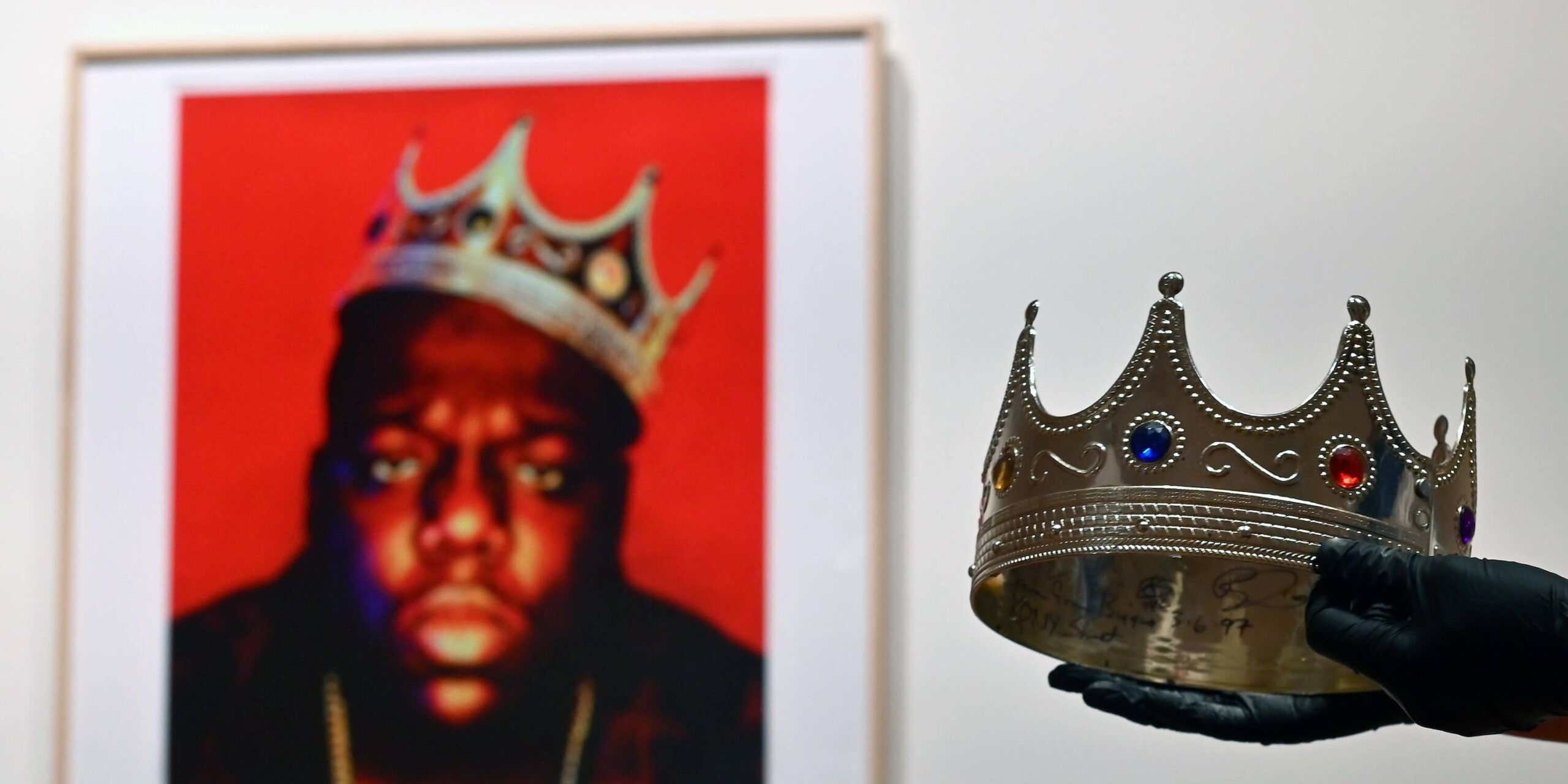 The plastic crown worn by The Notorious B.I.G  in his last photo shoot sold for $594,750 (including Sotheby’s “buyer’s premium” fees and taxes) during an auction Tuesday night — despite its original $6 price tag.

At the auction house’s first hip-hop memorabilia auction — which featured a one-of-a-kind Def Jam Recordings jacket, a triptych of pioneering DJs painted by Fab 5 Freddy and Judith Leiber’s crystal-encrusted handbag inspired by a boombox — the crown’s original purchaser said he didn’t buy the royal-rig for its gold content and embedded jewels.

“This crown is a novelty item; I bought it at a place on Broadway called Gordon’s,” Barron Claiborne, a 52-year-old photographer who lives in Brooklyn, told The Post. Claiborne owned the crown and used it in the stunning Rap Pages magazine cover-photo he took of Biggie in 1997. “Without Biggie, the crown would not be worth [six figures]. I only paid six bucks for it.”

What did Claiborne make of the fact that his crown — along with a pair of prints from the session, plus a photo contact sheet — opened with a quickly met estimate of $200,000 to $300,000?

“Some people have told me that it’s too low,” Claiborne coolly stated ahead of the hammer coming down. “That shows you how strong the symbol really is. I always thought Biggie was a king.”