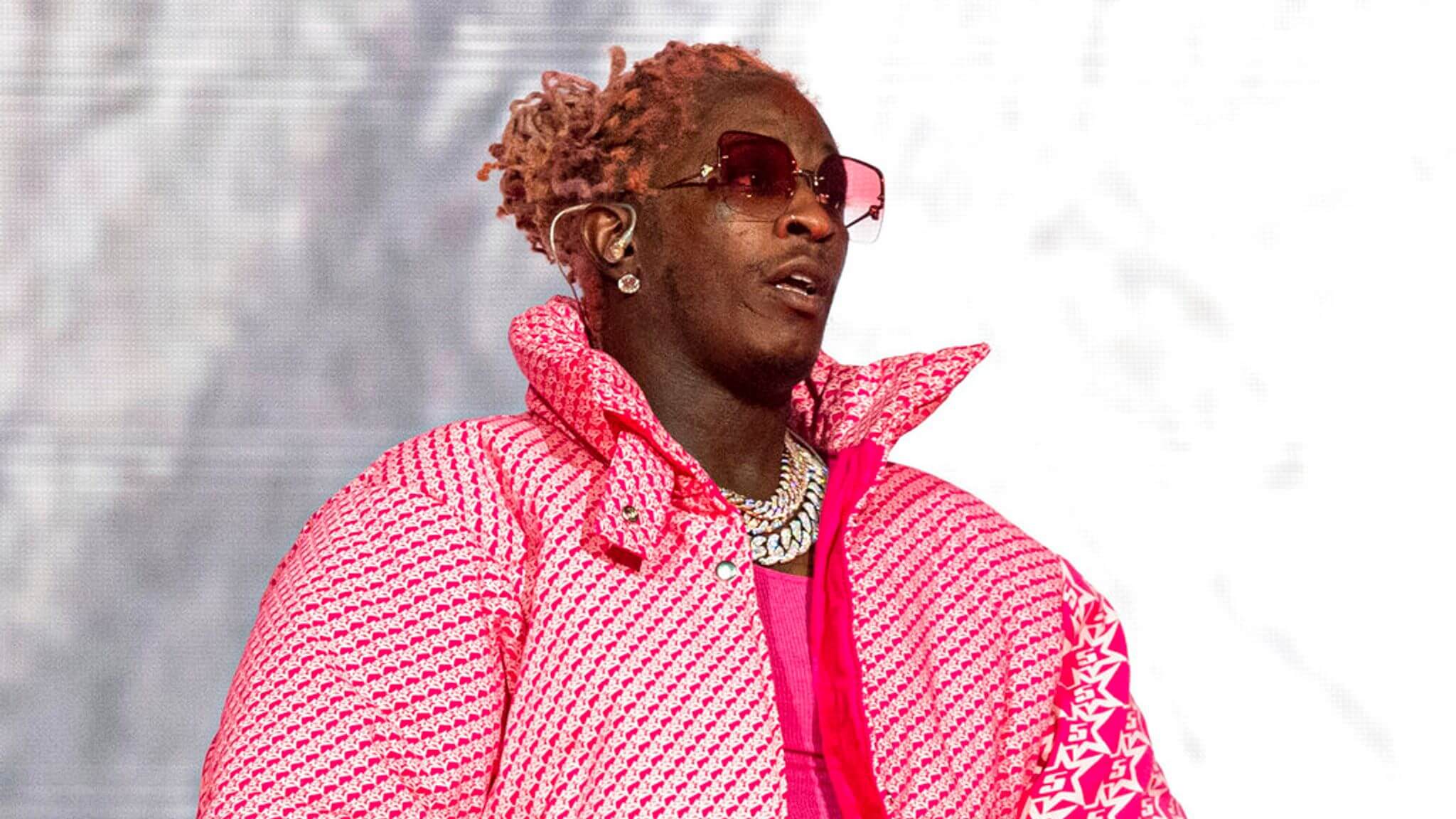 Federal prosecutors appear ready to paint Young Thug as a key figure in a sprawling criminal operation, and they’re relying heavily on his music to do so.

The rapper, real name Jeffrey Williams, was one of 28 members or associates of the alleged Young Slime Life “criminal street gang” arrested Monday, May 9, following a 56-count grand jury indictment (fellow rapper Gunna, real name Sergio Giovanni Kitchens, was among the others arrested and charged). Williams, whom prosecutors identified as a founder of YSL, was hit with two charges — violating the RICO Act and participation in criminal street gang activity — and beneath those umbrellas are a handful of serious accusations.

The indictment contains allegations that Williams was in possession of stolen weapons, and that he possessed with intent to distribute methamphetamine, hydrocodone, and marijuana. Insofar as Williams was allegedly a key figure within YSL, prosecutors accused two associates (Christian Eppinger and Antonio Sumlin) with conspiracy to commit murder “by discussing how to obtain the permission of ’Slime,’ AKA Jeffrey Williams, to make a second attempt to murder” Atlanta rapper YFN Lucci while he was incarcerated. The indictment’s heaviest accusation against Williams dates back to 2015, when he is accused of renting a car that was “used in the commission of the murder of Donovan Thomas, Jr., a rival gang member.”

Brian Steel, a lawyer for Williams says, “Mr. Williams has committed no violation of law, whatsoever. We will fight this case ethically, legally and zealously. Mr. Williams will be cleared.”

The exact nature of the evidence the government has in relation to these charges isn’t laid out in the indictment. But in scanning the document, prosecutors appeared to rely heavily on social media posts and song lyrics to paint Williams as a violent gang figure. (Williams wasn’t the only person prosecutors used this tactic on; social media photos of other alleged YSL associates holding up gang signs and/or wearing red clothing — as YSL is allegedly associated with the Bloods — were peppered throughout.)

In total, Young Thug lyrics from nine different songs were listed in the indictment, the earliest being 2014’s “Eww,” and the most recent being last year’s Young Thug/Gunna collaboration “Ski.” Other lyrics in the indictment came from Young Thug’s 2018 collaboration with Nicki Minaj “Anybody” (“I never killed anybody but I got something to do with that body”); 2018’s “Just How It Is” (“Gave the lawyer close to two mil, he handles all the killings”); and 2020’s “Take It to Trial” (“For slimes you know I kill, trial, I done beat it twice, state, I’m undefeated like feds came and snatched me”).

In each instance, prosecutors alleged that Williams’ lyrics constituted “an overt act in furtherance of the conspiracy.” Social media posts by Williams and others were tagged with the same allegation.

When asked about the use of music and lyrics in the indictment, Fulton County District Attorney Fani Willis said at a press conference, “This issue’s been ruled on by the courts — I knew that that question was coming. I believe in the first amendment, it’s one of our most precious rights. However, the first amendment does not protect people from prosecutors using it as evidence if it is such. In this case, we put it as overt and predicate acts within the RICO count, because we believe that’s exactly what it is.”

Using rappers’ lyrics against them in court has become a popular tactic among prosecutors, and it’s been utilized against everyone from successful artists to aspiring or part-time MCs. For instance, in 2008, a New Jersey man named Vonte Skinner was found guilty of attempted murder after prosecutors used an array of old lyrics as evidence. The New Jersey Supreme Court later overruled that decision in 2014, and in a second trial, a jury convicted Skinner on two counts of aggravated assault, but was deadlocked on the attempted murder charge. More prominently, many expect Florida rapper YNW Melly’s 2017 hit “Murder on My Mind” to be entered as evidence in his first-degree murder trial, even though the song was released a year-and-a-half before he was allegedly involved in the shooting death of two of his associates.

One of the most infamous examples of this tactic involves the late rapper Drakeo the Ruler, who spent three years in prison as prosecutors tried to build a case against him for the 2016 murder of a man outside a party.  Drakeo — real name Darrel Caldwell — was not only acquitted, but investigators agreed from the beginning he wasn’t responsible for the killing. Still, prosecutors pursued a case that argued the fatal shooting stemmed from Caldwell’s feud with another rapper named RJ; to do this, they introduced lyrics from Caldwell’s 2016 song, “Flex Freestyle,” to convince jurors that Caldwell brought armed associates to the party to target RJ. As it turned out, RJ wasn’t even at the party where the fatal shooting occurred.

“I didn’t even think they could do that,” Caldwell told Rolling Stone in Nov. 2021, not long before his death. “I heard about them doing it before, but it was just the way they were doing it. How they were using it against me. It didn’t make no sense. It was just crazy.”