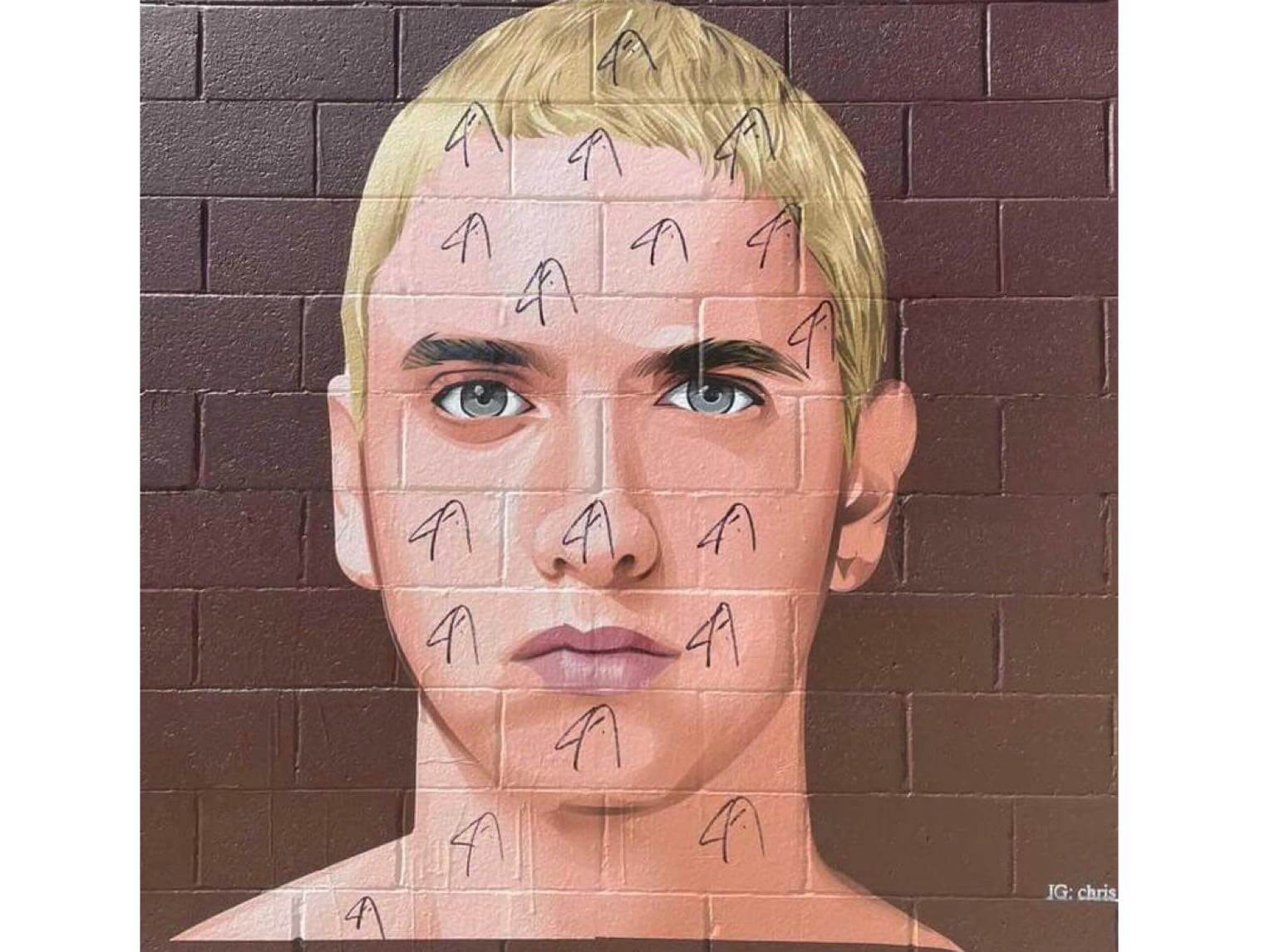 Someone has vandalized a new mural of Eminem in Detroit less than 24 hours after it was finished.

According to a report from The Detroit News, Chicago-based street artist Chris Devins spent all of last Saturday painting a giant mural of Eminem in Detroit’s Cass Corridor. Devins claimed passersby showed their support of his work by snapping photos and honking their car horn as he painted. However, Devins came to find out that someone had completely defaced the artwork less than a day after it was completed.

Devins said he was already back in Chicago by the time he heard the news of the mural’s vandalization. “I felt terrible,” Devins said, calling the graffiti “disrespectful.” He continued, “I was devastated. Who would do that? That’s against the rules of street art. […] I want to restore it to its original value. I would like to re-present it to the community in its unblemished form.”

Devins wasn’t commissioned by Eminem to paint the mural, but was visiting Detroit with his family for Labor Day Weekend and thought the empty wall could “use some beautification.” The painting is based on a photo of Eminem by photographer Nitin Vadukul.