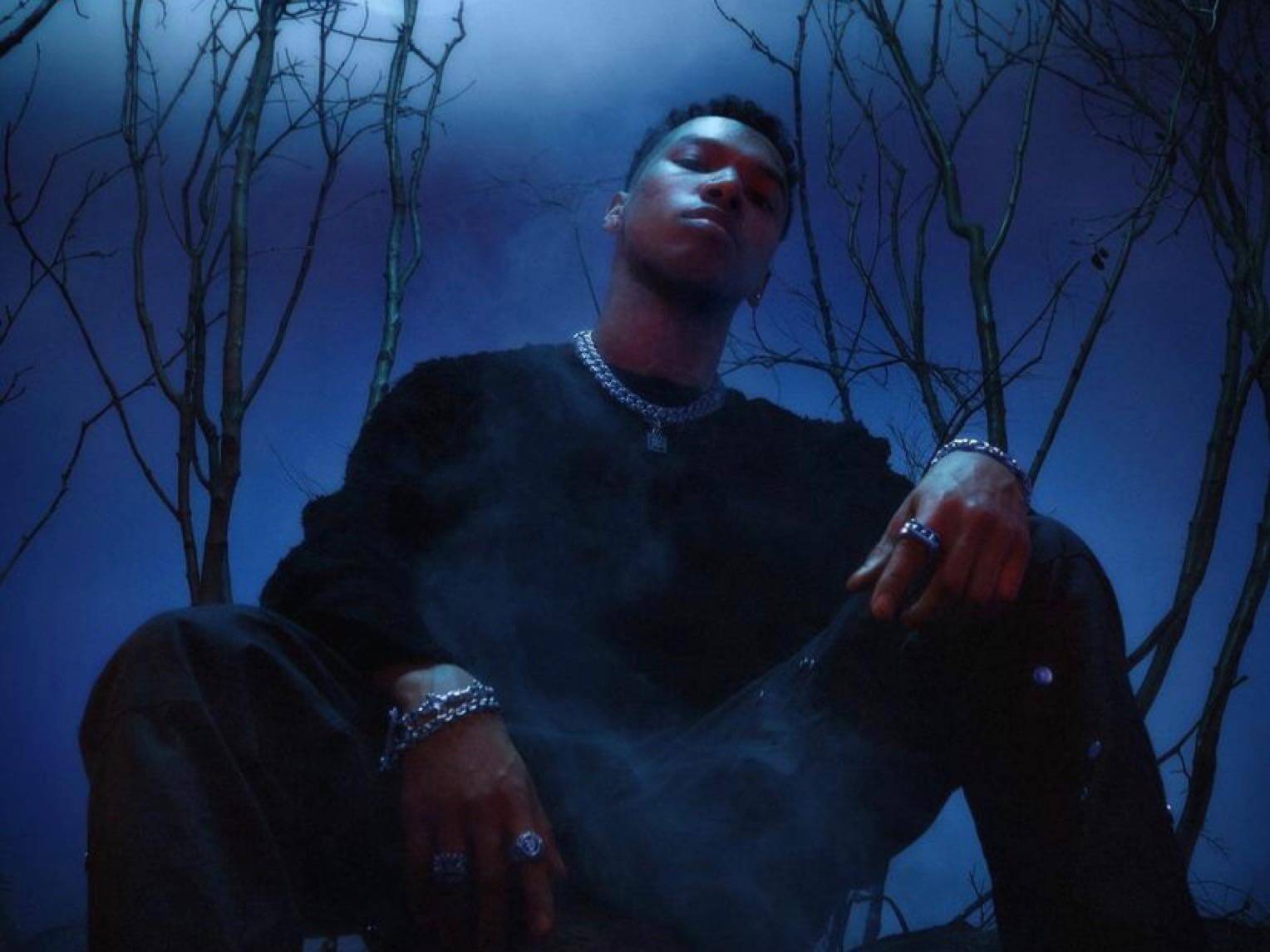 The 22-year-old Boslen has just put Vancouver on his back with his Capitol Records debut album “DUSK to DAWN”. The 2021 debut album was 2 years in the making as Boslen hypnotically mixed Hip-Hop, Trap, Punk, Pop, Rock, and a variety of melodic tones to put forth an incredible pace setter for his career.

Boslen sighted that “DUSK to DAWN” was inspired by his city Vancouver. Boslen says that his city is a place that drives him to be different, strives for more, and to achieve greatness when no one expects him to.

Right away on “DUSK to DAWN” you can tell that Boslen approached this album with an album-making mentality. The streaming era has given us a lot of artists that are forced into the parameters of making singles for a playlist. Boslen was inspired by artists like Kid Cudi and Kanye West whom in which inspired him to make full pieces when it comes to creating albums.

During the beginnings of the creative process of this album, Boslen recalls it being on the brink of COVID in a snowy Vancouver. At this time Boslen was living in Hastings, a place that he describes as “not the prettiest place, with rats in his walls. Straight up grimy”. That grit shines through in most of this album include the album’s first track “DUSK’. Throughout the album we see Boslen turn vulnerability into empowerment as he takes us on his musical journey. The album “DUSK to DAWN was built on the idea of light and dark. The light and dark concept is indicative of Boslen’s personality as he has expressed the challenges of his personal emotional lows and emotional highs. To put those concepts into a visual representation Boslen and his creative director Natasha pulled inspiration from a philosopher named Carl Jung and his Shadow Theory.

On DUSK to DAWN Boslen showcases his versatility, versatility that he builds his artistry around. In such a way that Boslen views DUSK to DAWN as a “genreless” piece of work. Artistically combining genres to continue to bring forth a whole new sound in hit record form.

We were able to catch up with Boslen to talk about his debut album, Vancouver, and his quest in the music industry.

Boslen: It’s still pretty early if I’m honest. I got into Vancouver around two years ago. The only people that really had a cult fan base here is probably Manila Grey, Merkules, Snak the Ripper is still touring. Then slowly I kept watching more and more artists to pop-up. It’s so many different groups of people from different sides of Vancouver. But all I’m saying is it’s just very early. I think there are so many talented people here, it’s very competitive. At my album release part, I invited every single Rapper in the city. It was great to have them all in one room and see them interact with each other. You see each other on Instagram, DM’s, etc. but face to face is different. Man to man is different. Everyone is friendly, everyone is very supportive because we’re all just trying to put on for the city.

A2HH: What individual song would you say is the most influential to you?

Boslen: Only a couple of people know this Kid Cudi song because it didn’t make it on the “Man on the Moon” album because the sample wasn’t cleared. It’s a song called “The Prayer” by Kid Cudi featuring A Plain Pat, I think it’s on YouTube and Soundcloud. That song changed my entire life. I’ just smiling talking about it! I just remember being a kid and listening to it and tripping out like “how does he do these hums?” ya know? It’s crazy.

A2HH: When is the moment that you realized that you had to be an artist?

Boslen: I think seeing my Mom cry. I had a release party that was kinda sentimental, a small release party. I invited my Mom and my Dad and all my sisters, I have three sisters. My Mom is a hardheaded person ya know, she’s old school. So just seeing her show that emotion literally touched my heart because it felt like I’m making her proud. From there I just never wanted to give up.

A2HH: How did you connect with Capital Records?

Boslen: A dropped a song and an A&R found it and we started just talking and from there we just open up conversations. Hopped on a couple of calls, it was a process of around 7 months. It wasn’t just happenstance, we built a relationship and I trusted him and he trusted me, and that basically it. I think going into a business relationship you need to have a good friendship. Mixing those emotions it can be really toxic, so just making sure that they are genuine people it’s going to be good business.

When ask what Boslen hopes that fans will take away from his “DUSK To DAWN” album this is what he had to say. Boslen: I just hope they get inspired. Because I know how much Kid Cudi’s album “Man on the Moon” helped me as a kid. Hearing Kid Cudi say he doesn’t have a Dad, that resonated with me. I didn’t have a Dad. Hearing those specific things on albums where you can just feel inspired, and feel like you’re not alone. That’s what I want to tap into. Because I’m Jamaican and Aboriginal and I know thousands of kids that are on my reserve that are in an isolated place that are killing themselves. These kids DM saying things like “I feel so alone, but the music helps me”. Helping these kids, that’s what I really wanna do. Just inspire them, I wanna give back to the city. I’m not saying I’m the end all be all. I’m not saying that I’m the guy that is gonna do it. But at least if I can inspire a kid that does do it. I want them to say that this project is one of their inspirations.