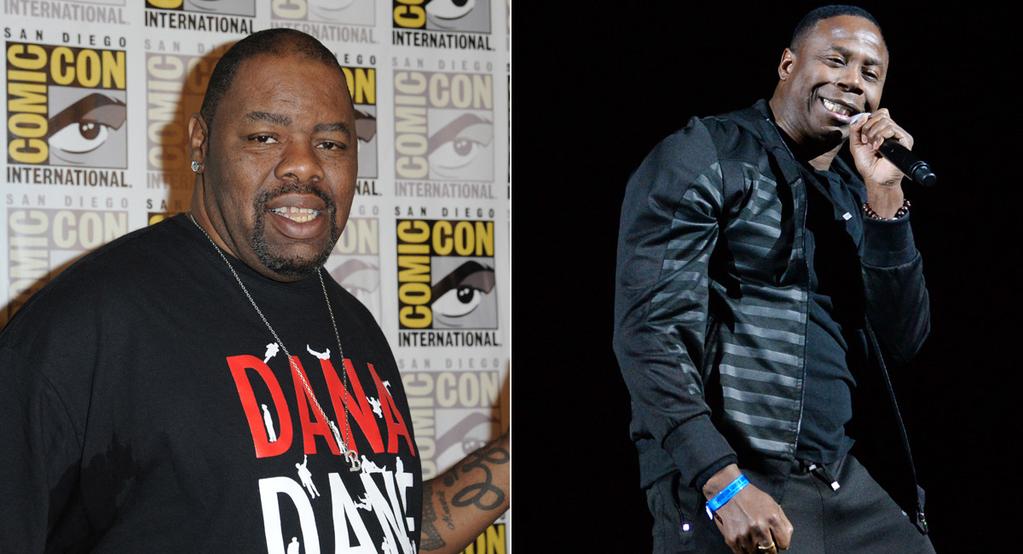 Doug E. Fresh and Biz Markie shared at least one undeniable talent — beatboxing. Fresh, also known as The Human Beatbox, and Biz, “The Clown Prince of Hip Hop,” had an innate skill when it came to “making music with your mouth.” Coming up during the golden era of Hip Hop, the New York City natives helped cultivate a culture that would ultimately dominate the globe, making them both legends in the process.

But Biz’s life came to an untimely end on July 16th when he passed away at a Baltimore, Maryland hospital from diabetes complications, leaving a gaping hole in the Hip Hop community. But that doesn’t mean it’s the last we’d hear from Biz. His legacy lives on not only on classic albums such as Goin’ Off (1988) and The Biz Never Sleeps (1989) but also through the many collaborations he’s done over the years.

On September 24, Doug E. Fresh released his first solo album in 26 years called This One’s For Chuck Brown: Doug E. Fresh Salutes The Godfather of Go-Go, a Washington D.C. pioneer and architect of Go-Go music. It just so happens to feature the last recorded verse from Biz Markie.

During a recent interview with HipHopDX, Doug E. Fresh opened up about Biz and that moment in June 2020 when he found out Biz had been rushed to the hospital.

“I was on an interview with Biz on June 17,” he recalls “And I think around a little after that day is when I heard that Biz had gotten rushed to the hospital. I didn’t know what it was for, but I assumed that it was diabetes-related because I’ve always talked to Biz about his health and watching out and looking out what he’d eat and stuff like that. And then later on, I found out that it was.

Check their collaboration below.