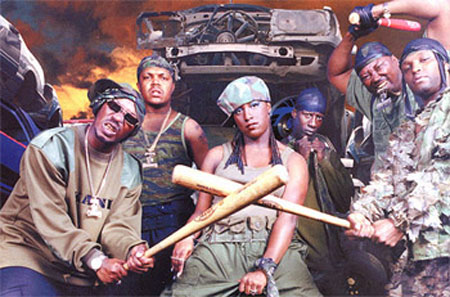 A few days ago VICE Media published an article entitled “15 Years Ago, ‘Knuck If You Buck’ Made a Blueprint for Crunk Music”. The article was written by a 20 year old college student from Detroit who clearly is unqualified based on lack of research, years on the planet, and geographic origin to even speak on the subject. Two of those three factors aren’t her fault at all. While this piece would have been cute for a personal blog this piece was published by a major publication with a massive audience. With that being said, it being shared enough times on a massive level people will start believing that this article carries truthful weight. A lie unchallenged can in time become the truth, so we are here to challenge the premise of VICE’s article.

First off as a person that grew up in Atlanta, Georgia in the 90’s I can tell you undoubtedly the origins crunk music come from the city of Memphis and their underground mixtapes. DJ Spanish Fly, DJ Squeeky and DJ Zirk’s underground mixtapes set the Blueprint for Crunk music point blank period. DJ Paul and Juicy J perfected the crunk sound and took crunk and horror hop to a whole other level. Crime Mob themselves would probably tell you the influence that 3-6 Mafia had on them, from their sound to even their group make up.

Lil Jon has always been very vocal about how Three 6 Mafia shifted the club scene with crunk music. Lil Jon took that blueprint and added his flavor to it. In 1997 Lil Jon & Tha Eastside Boyz released their album titled Get Crunk, Who U Wit: Da Album. The hit single from that album shared a similar title furthering the name “crunk” and shaping it’s place in the clubs.

Lil Jon was the vehicle of crunk that got the rest of the nation as well as other genres involved in the act. Lil Jon worked with everyone from Ice Cube, Jadakiss, Fat Joe, Usher and many more to further the sound of crunk music in the mainstream. Lil Jon gave Lil Scrappy and Trillville their shot which opened the door for Crime Mob to release “Knuck If You Buck” on a mainstream level. I remember Atlanta radio (shoutout to CoCo Brother) playing the original version of “Knuck If You Buck” before the major record labels remastered the recording and cleaned up the sound.

Pastor Troy’s impact with “No Mo Play In GA” often gets overlooked. When that song dropped it had the clubs in Atlanta on FIRE. Before Ludacris dropped his first album he was chasing Pastor Troy to make sure he had a Troy feature on his debut album and T.I. did the same. Big Ommp Records’ Sammie Sam and Baby D are also overlooked in their impact on the crunk scene in the mid to late 90’s.

There are so many songs, artist, and mixtapes to name in Hip-Hop’s sub-genre of Crunk before we even get to “Knuck If You Buck” in 2004. History must be told clearly and documented properly so it will not be lost.

Here a some Crunk Music benchmark songs that shaped the sub-genre.