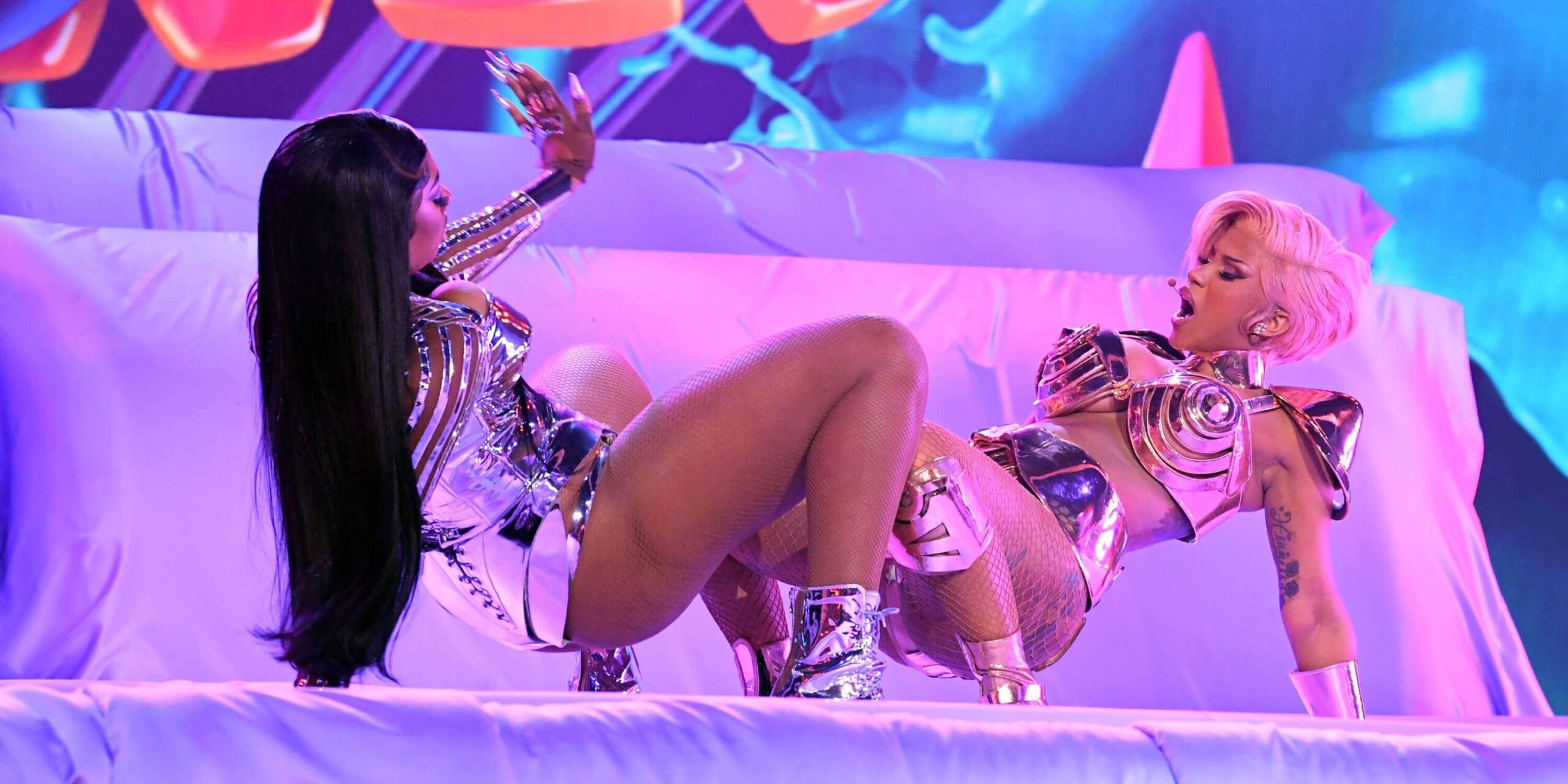 The FCC received more than 1,000 complaints regarding Cardi B and Megan Thee Stallion’s “WAP” performance at the Grammys, according to Rolling Stone. If you want, you can watch that performance here.

One viewer from Colorado said Megan and Cardi performed “as if they were dancing in a strip club.” A viewer from Idaho, meanwhile, said “the outfits they were wearing and the movements they did were absolutely disgusting.”

A number of viewers suggested that CBS should “face very stiff penalties” for the performance, while another from Richmond, Texas wrote that Meg was “barely dressed in a thong and showed naked look alike legs.” Meanwhile, a Connecticut viewer said “The Grammys need to require the artist not to be performing any types of sexual acts and require clothes to stay on and not stripping down to bra and panties.”

Further removed from Grammy night, we have some more examples of what those who wrote emails to the organization said. We didn’t correct typos so *turns hands from down to up* there’s going to be some of those.

“I wish to file a formal complaint against the televised grammy awards 2021,” said one such email out of California. “Although I did not watch the entire event, I just happened to tune in just to see if the mc’s, performers, etc. are still spewing any off colored and/or political jokes and I just happened switch my channel and was stunned to see the Cardi B/Megan, etc. etc. etc. display. This is really something for women (note: This is Women in History Month) and girls to aspire to. You have got to be kidding me. This was a disgusting display of nothing more than sluts being sluts. Is this going to continue? If so, I certainly want to know who to contact to file a lawsuit against the performers, the network, and any and all persons, corporations, etc who either directly or indirectly participated in this display of pornography. If you do not do anything about this, I will need to seek legal advice regarding any action I may take against you.”

“I felt violated with Meghan Stallion & Cardi B’s performance. I am pro sex-positivity and body positivity but this performance crossed the line into pornography,” said email writer wrote. “Many kids still awake at that time, and even non-consenting adults were unexpectedly staring at pure objectification of women at its finest. Not to mention Trevor Noah’s drooling, sweating, screaming wrap up like he was at a strip club. I am a massage therapist with deep respect for the human body who found myself crying myself to sleep wondering how this could be allowed on television. And how far this will go next year and the years after that. Art and objectification are opposite sides of the coin. Objectification perpetuates violence against women, maintaining the ripple effect that causes domestic violence, human trafficking, encouraging the consumption of women and then the disposal of them. I’ve watched the Grammys every year since I was 5 years old. It gave me something to strive for as a musician. As a female, I will never again view this program due to the allowance of this performance. since 1980[.]″

“Your brief bio implies (at least to me)family values. So that said I hope you in some way will attempt to end the vulgar, deplorable trash that was presented on national TV called the Grammy’s. If you’re not able then just rename it to something more in line and appropriate to what it actually was…LivePorn.”