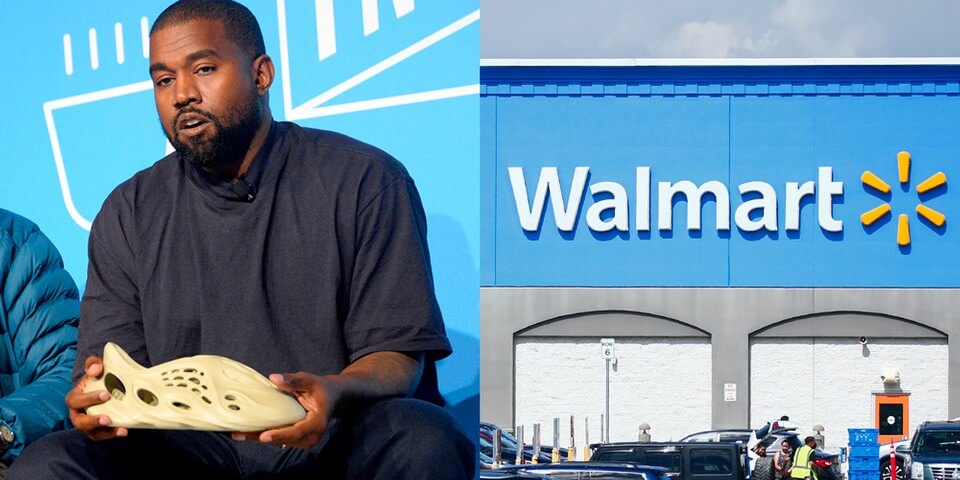 Walmart bosses have removed a selection of foam shoes from sale after they were accused of ripping off one of the designs from Kanye West’s Yeezy footwear line.

Kanye Westr recently took executives from the U.S. retail giant to court after accusing them of making an “unauthorised exact copy” of his $75 Yeezy Foam Runner shoes and selling them to customers online for just $25.

He demanded damages, but a Walmart spokesperson insisted the shoes were sold by “third party Marketplace sellers” rather than the shop itself.

However, according to editors at TMZ, the items have since been pulled from the website.

Despite the move, there are still hundreds of pairs available on sites such as Etsy, many of which are listed as “Yeezy-inspired” shoes.

It is not known whether Kanye is planning to send his legal team after sellers on those websites as well.

In legal documents obtained by The Blast relating to the lawsuit, Kanye included pictures of the two pairs of shoes for comparison – indicating that the designs do have some similarities.

His filing stated: “Walmart is flagrantly trading off of his and Yeezy brand’s popularity by offering for sale an imitation version of the Yeezy Foam Runner.

“Walmart’s conduct is harming, and will continue to harm, West and Yeezy, leaving them no choice but (to sue) to stop Walmart’s unfair competition and profiting from the popularity of the success of West and Yeezy.”

In addition, the lawsuit includes a reminder that the Yeezy brand is worth “billions” of dollars, and the potential losses the rapper-turned-fashion designer could suffer from cheap knock-offs may run into “hundreds of millions” of dollars