Result: Much of the effect of the “Takeover” was taken away after “Ether” dropped but one thing we can’t take away is how this record effected Mobb Deep. The reality of the situation is Prodigy and Mobb Deep were never the same after “Takeover” dropped. “Takeover” also lit a fire in Nas and made it where he had to respond. Jay served Nas with a challenge that had to be met or everything that Nas build would have been in jeopardy in the eyes of the public. Although Nas responded properly we never got that Mobb Deep or Prodigy response that we were looking for which had a huge effect on how Mobb Deep was viewed thereafter.

Result: Unfortunately this battle did not have a happy ending and did not stay on wax. This battle got personal to the point where Hip-Hop lost some of it’s biggest and brightest stars. Not to say that this song did all of that but it sure didn’t help. Tension were high on both sides and besides this just being a probably between two men everyone was being pulled into this being an East Coast vs West Coast thing. 2Pac and The Outlawz served Bad Boy up with one of the most disrespectful diss records that Hip-Hop had ever heard. You could hear the anger and malice in this record in just tone alone.

Result: Nas is a lyrical giant, a legend, and one of the greatest to ever do it. But in 2001 with Nas coming off of “Nastradamus” and Jay Z being on top of the Hip-Hop world and the Billboard charts the battle was looking like a David and Goliath scenario. Nas came back in historic fashion. Radio was against him, he didn’t have the crew that Jay Z had at the time, and he was going through things in his personal life that made this whole thing seem small. “Ether” was lethal and the fact that it defended one of the greatest emcees at the peak of his powers and popularity makes it one of the best ever.

02) Boogie Down Productions “The Bridge Is Over”

Result: The result is simple KRS-One destroyed MC Shan’s career. This was a complete shutdown from one man. KRS took on a whole crew completely by himself. One of the most impressive things we’ve seen in Hip-Hop. KRS took on the whole Queensbridge and won. This is one battle that there is no debate who won.

Result: Ice Cube single-handedly took on and destroyed his former group members in one song one by one. My friends and I always debate about who got it the worst on this record. I think MC Ren got it the worst, it’s all bad tho. What’s it even worse was Cube was just minding his business and the members of N.W.A forced him to do this. N.W.A broke up shortly after the release of this record. 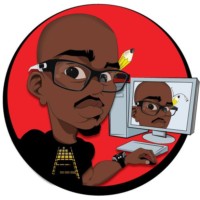